Rhodos (Mandraki) marina in Rhodos island is our yacht charter base for the Dodecanese sailing area. See below the map and a general description for Mandraki marina.

Mandraki marina is located at the northernmost side of Rhodes Island, right below the medieval castle and opposite the main market street. Rhodos (Mandraki) base is the second of our 3-three charter bases (the other two are Marina Kos in Kos Island and Pythagorion port in Samos Island) in the Dodecanese islands. 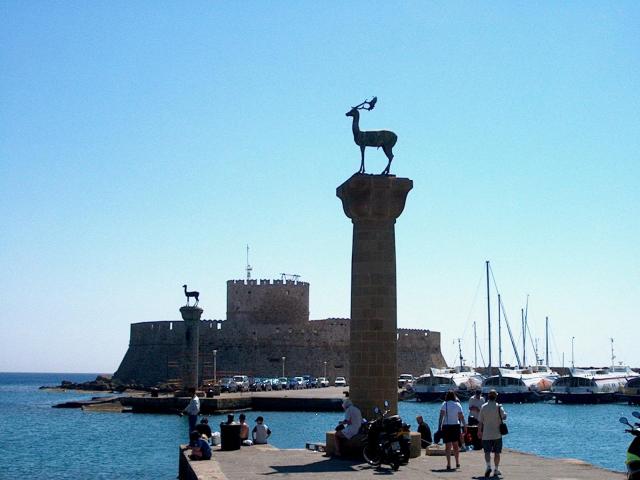 Rhodos (Mandraki) base is the second of our 3-three charter bases in the Dodecanese islands.

How to reach in Rhodos yacht charter base:

Rhodos Island/ base is easily reached by air or by sea. Of course, the easiest way to reach Rhodos is by charter flight directly from your country or by domestic flight from Athens. Another way to get to Rhodos is by ferry from Piraeus port (Athens).

For more details on how to get to Rhodos (Mandraki) port & Rhodos island, please click here.

The Galazio Sailing meeting point, for Mandraki port in Rhodos Island, is directly to the boat.

Berth where convenient. The harbour is hopelessly crowded in the summertime with yachts often two or three out from the quay. Yachts can go on the pontoon on the W side just inside the entrance (if available) otherwise they are “obliged” to use anchors. Charter yachts are not allowed into the commercial (ferry) port which is adjacent to Mandraki marina. 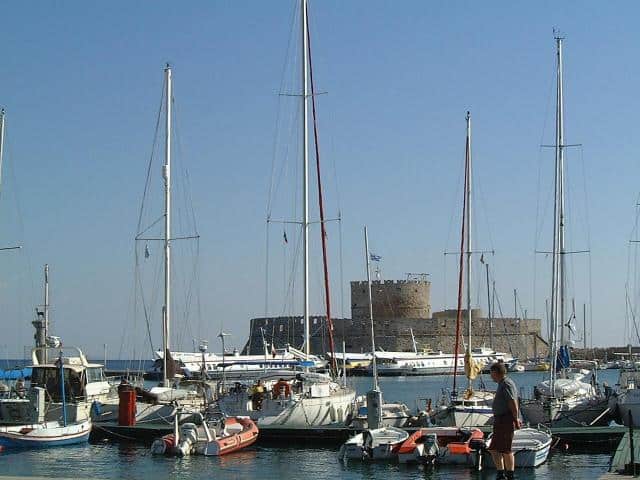 The Galazio Sailing meeting point, for Mandraki port in Rhodos Island, is directly to the boat.

Where to Find Us

Fill in your Email to receive our Newsletter: